As mentioned before the World Juniors began for the 38th official time on Friday. The second game had a strong Canadian lineup going against a not so strong Slovakia team.

The game started out with a bang. Canada would score 3 quick goals off the stick of Robby Fabbri, and Anthony Duclair. The first goal was created by some Sam Reinhart magic. Sam kicked the puck up to his backhand and made an unreal pass to St. Louis Blues prospect, Robby Fabbri.

The 2nd Canada goal came from the hottest line in hockey. Max Domi assisted Anthony Duclair’s first of the tournament. Shortly after that Robby Fabbri received a feed from Nic Petan, and got his 2nd of the game. Slovakia was held to 3 shots in the period, while Canada had 14. Canada was setting Slovakia up for a long night.

In the 2nd period, things got even more ugly. Canada strikes for their 4th goal 6 minutes into the 2nd. Nick Paul, fresh off of signing an entry level contract with the Ottawa Senators, scores in his first World Junior game. The next goal would cause a goalie change for the Slovaks. Brayden Point drives a one-timer, from a great pass by Robby Fabbri, into the net. So with David Okolicany in between the pipes instead of Denis Godla, the Slovaks looked to stop the bleeding.

Unfortunately for them, the Canadians have Coyotes sniper Max Domi. Domi absolutely ripped one passed Okolicany. Domi picked his spot and wasn’t going to be denied a goal. Then about a minute later, Nic Petan scored the final goal of the period. The Candians led 7-0 at that point and were out shooting Slovakia 27-8. Canada having a dominant performance so far.

The 3rd period is where things would slow down for each team. No noteworthy events took place for a good chunk of the period, unless you count Madison Bowey’s tripping penalty as noteworthy. With about 4 minutes left in the game, Jake Virtanen cashes in on a weird rebound, which came off the boards from a Brayden Point shot. That was the final straw on the camel’s back, and the Canadians won 8-0.

Canada played a very controlled game. They used there offense as a defense as they held Slovakia to no more than 5 shots a period.

Now, Slovakia is the weakest team in the tournament, so Canada’s real first test will come Monday against Finland, who showed a very strong game against a good USA team. 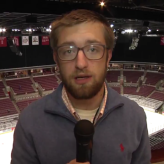 0
Previous ArticleUSA Takes Thriller in World Juniors Opener
Next ArticleBrooks Orpik and Matt Niskanen: Penguins That Had to Leave
Comments (0)