Well all of us except Tom Wheeler, the chair of the FCC, who is a dingo:

But the rest of us are allowed to make mistakes. We all know that, and so we can find a way to own it.

I have made a lot of mistakes. One of the favorites of my co-workers is to bring up my thoughts on Marc-Andre Fleury after the Penguins decided to start him in the NHL in his rookie year and get a grand total of 17 wins in his first 2 seasons (71 games). I said after they drafted Crosby, “The Penguins will not win a Stanley Cup with Fleury as their goaltender”. Not the most outrageous statement when a team like Pittsburgh was just handed the best player I had seen play since Gretzky.

Boy was I wrong. The Penguins won 5 years later with a young Fleury back-stopping them, and so the ribbing began and hasn’t stopped. Nor should it.

Which brings us now to Jarome Iginla:

As per @aaronward_nhl Iginla to Boston is a done deal. Don't expect formal announcement tonight. #tradecentre

(I cannot quote the original tweet because Ward has since deleted that account, and created a new one)

Flash back to March 2013. A younger Aaron Ward gets caught up in the excitement that is Trade Deadline. He cites some sources telling him that the deal is done. TSN runs with it and then shortly thereafter the bottom falls out of his story:

Confirmation that their is no deal in place as we speak between Calgary-Boston for Jarome Iginla. No announcement tonight from Bruins. #RDS

And suddenly, all the others at TSN just go on about their days tweeting about Iginla to the Pens. Meanwhile, Aaron Ward is nowhere to be found aside from an apology blaming his sources.

Fast forward to last night. A seemingly innocuous jab from a random fan:

Explodes when the internet bully Aaron Ward gets his mitts on it:

@deionfoster only thing I'll confirm is that you're not fooling anyone with those cheeks.Hope that's from a bee sting #buffetisntagreenlight

(Just in case he deletes this too: “@deionfoster only thing I’ll confirm is that you’re not fooling anyone with those cheeks.Hope that’s from a bee sting #buffetisntagreenlight“)

So someone makes a joke about something you are known for, you respond with a punch to the face. Interesting.

Worse yet, ‘Wardo’ as he preferred to be called when he was in the locker room, is non-apologetic and in fact more boisterous when called out for his bullying ways:

Thanks to reader @peteroiler11 for this DM that Ward sent to an Oilers fan who dared to defend:

He seeks out approval from all kinds of other sources to help him out in justification. Somehow in his warped mind, this fan cheering for the Oilers condones his personal attack on their weight. I understand that that kind of behavior may have flown in the locker room, but now Aaron Ward is employed by Bell Media, and TSN.

The same Bell media that sponsors one of the best things to happen in this country in recent years, Bell Let’s Talk. A campaign that includes one of it’s main ambassadors that is TSN personality Michael Landsberg. In which they try and get people talking about mental health issues, and putting an end to the bullying that used to be viewed as ‘just something that happens’. The very same kind of bullying that Bell’s employee, Ward is exhibtting here.

So add my name to the growing list of people who are sick and tired of someone like Aaron Ward being allowed to continue his elitist, and entitled bullying all over social media simply because he has a job at TSN.

Tell him it’s not ok. Stand up to the bully and be a part of the solution.

Let this be a rallying cry for January the 28th 2015, Bell Let’s Talk day in Canada. Tweet @TSNAaronWard with your displeasure in his bullying ways and use the hashtag #BellLetsTalk.

Feel free to link him this story too, because as of posting, he has now blocked me. #HurtFeelings 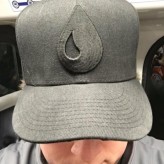 I don't know how to skate. I get paid to watch sports. I can watch you under the table on any hockey game. "Some men are born into greatness... Others have it chucked at their face." - Luke Dunphy